Boating and Cruises in French Riviera

Whether you are enjoying the French Riviera as part of a luxury yacht charter or on your own private yacht the area has long been associated with the finer things in life. In fact, according to the Côte d’Azur Economic Development Agency in one year alone this fine French area hosts 50% of the world’s superyacht fleet with at least 90% visiting the region at least once in their lives.

From the trendy clubs of Saint-Tropez to the sheltered coves of Illes d’Hyeres, the seven-day itinerary takes you west and away from Cannes and Monaco. Enjoy the laid back life of lazy French days as you sail along the Mediterranean Sea. For a few hours or for a day, far from the hustle and bustle of the city, discover an unmistakable blend of serenity and wild nature. 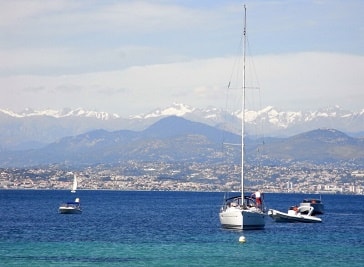 Richard the Lionheart and Impressionist painters don’t appear to have much in common. Not until you have cruised the Seine on Riviera Travel’s Swiss Ruby, which is moving to the French river this year from its previous watery residence on the Elbe in Germany. It’ll be sailing round-trip from Paris and stopping at Les Andelys for tours around the remains of King Richard’s Chateau Gaillard and Rouen, to visit the cathedral where his heart was buried.
Read More

Discover one of the most beautiful coastlines in the Mediterranean sea on a French Riviera yacht charter from Sailo! Set sail from Marseille to Monaco - one of the best boating holidays in France you can plan for - and take in the glam and glitz of the beachside resorts of Cannes and St Tropez. Hop aboard your Marseille or Cannes yacht charter, or rent a boat from Antibes to go sailing the French Riviera in style.
Read More